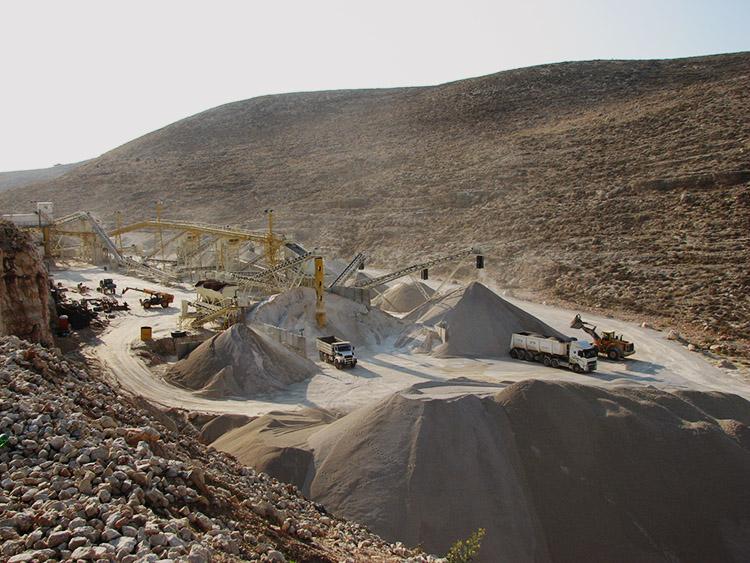 font size
A A A
The position paper

In 2009, Yesh Din submitted a groundbreaking petition to the High Court of Justice demanding the court instruct the State to stop all mining and quarry activities in the West Bank. The petition claimed that Israel’s policy constitutes brutal economic exploitation of occupied territory for the State of Israel’s exclusive economic interests – in blatant violation of international law. In December 2011, the Court rejected the petition, thereby regulating a colonial exploitation of natural resources on occupied land.

The position paper “The Great Drain” demonstrates how, as a result of the petition’s rejection, the Israeli quarrying industry in the West Bank has expanded significantly. According to data acquired by Yesh Din, in 2008, one year before submitting the petition, 12 million tons of gravel was mined in Area C of the West Bank (Israeli and Palestinian quarries); within seven years, this amount rose by 40 percent, and in 2015 reached 17 million tons of stolen gravel in a year. The Israeli quarrying industry’s dependency on local mining, or mining in close proximity, is almost absolute, due to the shipping costs, which significantly raise the price of similar imported products. Over 20 percent of the State of Israel’s general consumption comes from the quarries owned by Israel in the occupied territories.

Official State documents indicate that the Israeli authorities have a long-term plan to rely on the mining potential in the West Bank for at least the next 30 years. This strategic planning reveals the State’s intentions to continue to exploit the military occupation for its economic interests, while depleting the natural resources in the occupied territories and irreversibly damaging the Palestinians’ ability to utilize these natural resources.

“Decades of Israeli looting of natural resources in the West Bank are the embodiment of colonialism. In practice, the High Court ruling has rendered meaningless the acceptable interpretation of international humanitarian law, leaving in place the continued, irreversible exploitation of the occupied territory for the Israeli’s economic purposes,” the position paper states.